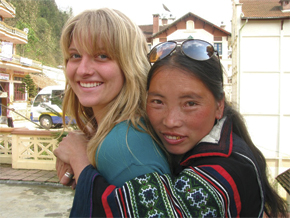 Today marks the fiftieth anniversary of one of the most shameful episodes in the military history of the United States. On that day in 1968, in the course of four hours, a company of American soldiers in Vietnam systematically slaughtered over 400 unarmed Vietnamese civilians, mostly women, children and the elderly, in the village of My Lai in Quang Ngai Province. Rape and other atrocities were widespread. In one case over 100 people were rounded up in front of a ditch and then shot. As one eyewitness later reported, “It was a Nazi kind of thing.”

There were no Viet Cong soldiers in the village that day and no resistance, whatsoever, to the American advance of Charlie Company. The civilians were unarmed, and consisted mostly of women, children, and elderly men. Only a few US soldiers refused to participate in the atrocities and the killings, and they were unable or unwilling to stop the others.

There were, however, three Americans in the military who did try to stop the killing and who, in fact, saved lives. They were a 25-year-old US Army helicopter pilot, Hugh Thompson, his door gunner, 18-year-old Laurence Colburn, and his crew chief, 20-year-old Glenn Andreotta. Together these three young men protected a group of Vietnamese civilians, shielding them from the American soldiers and saved over a dozen lives.

From his helicopter Thompson observed the killing at My Lai. He could see that there was no military purpose to the actions of Charlie Company. He landed nearby and argued with Calley, demanding that he “stop the killing.” Calley said to his sergeant “He doesn’t like the way I’m running the show, but I’m the boss here.”

Frustrated and desperate to save the lives of Vietnamese civilians, Thompson lifted off again and, seeing a group of ten unarmed civilians being threatened by American soldiers, he landed between the two groups. He then did what no soldier was ever supposed to do. He ordered his gunner, Colburn, to train his weapon on advancing American soldiers while he brought the group of Vietnamese civilians on board. Later that morning, Andreotta brought a surviving 3-year-old boy from out of a pile of bodies in a ditch, where a large group of civilians had been shot.

The horror of the My Lai Massacre, as these events came to be known, was compounded by the attempts on the part of the Army to cover it up. The massacre did not become known to the American public until a year later. Another helicopter gunner, Ron Ridenhour, collected eyewitness accounts of the massacre from over twenty soldiers. In March of 1969 he sent a letter to 30 Americans, including members of Congress, Pentagon officials, and President Nixon, challenging them to do something about it.

In a military trial, Hugh Thompson testified against Calley and fourteen others. Only Calley was convicted. His life sentence was in military prison was commuted by Nixon to house arrest. After serving less than 4 years, he was released.

Why did American soldiers of Charlie Company slaughter civilians indiscriminately at My Lai? The atrocities committed by these soldiers have been ascribed to a number of causes: a popular officer had recently been killed by a land mine; they were sleep-deprived; and they were poorly led by a junior officer who commanded no respect, Second Lieutenant William Calley. Soldiers stated that they were ordered to kill everyone in the village without exception, and they felt they were following orders. It was, indeed, “a Nazi kind of thing.”

The heroism of Thompson, Andreotta and Colburn stands in sharp relief to the vicious and savage behavior of Charlie Company. We should be deeply proud of Hugh Thompson, a true American hero. He remained a career military man, but his stand at My Lai forced him to endure death threats and ostracism. It took thirty years for Thompson’s moral courage and that of his crew to be recognized by the military. Finally, in 1998, all three were awarded the Medal of Honor.

On this fiftieth anniversary, we should remember the clarity, fortitude and true dedication to American values that Hugh Thompson and his crew represented that day. Their actions show that it is possible, though never easy, to stand up to injustice, even in the midst of war.

Trent Angers, The Forgotten Hero of My Lai: The Hugh Thompson Story. Lafayette, LA: Acadian House, Lafayette, LA: Acadian House, 2014. Hugh Thompson was a helicopter pilot who tried to stop the massacre, and succeeded in getting some peasants out alive by helicopter. The revised edition added discussion of the way President Nixon, and influential members of the House Armed Services Committee, worked to sabotage the Army’s effort to prosecute the men involved in the massacre.

Michal R. Belknap, The Vietnam War on Trial: The My Lai Massacre and the Court-Martial of Lieutenant Calley. Lawrence: University Press of Kansas, 2002.

Michael Bilton and Kevin Sim, Four Hours in My Lai. New York: Viking, 1992. Probably the best overall study of the incident now available of the incident and its aftermath.

Mi Granito de Arena
My little grain of sand. Maria Martin discusses the reality of journalism and activism in Guatemala.