Tuesday Travel Tip: How to Travel Responsibly in Burma

Now that Burma has begun to take it’s first cautious steps towards democracy, is it okay to travel there? In this week’s Tuesday Travel Tip, I’ll be looking particularly at the question of traveling to Burma. Is it safe and ethical for foreigners to go there? And if so, how can we as responsible travelers, use tourism to support the local people? In the Lonely Planet’s 2010 Myanmar guide, it poses a serious question for all potential visitors:
Does your money, no matter how carefully spent, sustain a military dictatorship that has imprisoned political dissidents, used forced labour, cracked down on peaceful demonstrations (as was seen in September 2007) and seized foreign aid (most notably following the Cyclone Nargis in May 2008)? Or does isolating one of the world’s poorest countries not only deprive a burgeoning private sector of income, but also push the government into the arms of neighbours with bigger bankrolls and their own serious human rights issues?
As we looked at in last week’s blog on Myanmar’s recent political developments, 2012 has been a big year for the Burmese people. Whether or not his election was fraudulent, since U Thein Seintook office in 2011, he’s followed the UN guidelines for democratic reform, releasing many political prisoners, allowing Suu Kyi to run for office, and negotiating ceasefires with ethnic minorities. These changes have shifted the lens through which tourism is approached, and when the NLD rescinded their 15-year travel boycott in Fall 2010, the question evolved from “should I travel there?” to “how should I travel there?”
At the beginning of November, 2010 Win Tin, co-founder of Suu Kyi’s party, the National League for Democracy (NLD), issued a momentous statement: “We want people to come to Burma, not to help the junta, but to help the people by understanding the situation: political, economic, moral—everything.” After supporting a 15-year travel boycott, times had changed to where isolation was doing more harm than good to the Burmese people. “For the outside world to see, to know our situation,” Win Tin continued, “that can help our cause a lot.” As a conscious traveler, how can we take up this call to action and endorse positive change by understanding and sharing the political, economic and moral situation of the Burmese people?
The Burma Campaign UK, an organization dedicated to promoting “human rights, democracy and development in Burma” lists the NLD’s official statement on tourism, released May 2011. The NLD explains that “while tourism could enhance the economic life of the people of the host country by creating new jobs, bringing in hard currency and raising the standard of living, it could have negative consequences if environmental issues are ignored and the meeting of different cultures and social values are not approached with sufficient sensitivity.” Although Burna’s political and human rights situation has improved vastly over the last year, many problems still exist within the tourism infrastructure. To understand and address the current issues facing Burma, I’ve broken them down into three main problems:

No matter how hard you try, a percentage of the money you spend will inevitably go to the government, whose track record over the past 50 years has been more than questionable. However, it is possible to travel responsibly. As Burma’s era of isolation draws to a close, it’s our responsibility as travelers and global citizens to ensure that our actions, observations and interactions help and not harm the Burmese people. The best way to promote sustainable and ethical travel is to set an example with your own trip.

What to Avoid:
What to Do: 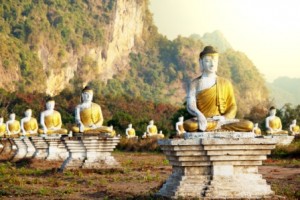 Burma is one of the most, beautiful, diverse and culturally rich places in the world, but if you decide to visit, please take the NLD’s call to action to heart. If playing golf and relaxing at a resort is the vacation you desire, then please don’t go to Burma. Tourists have the ability to positively influence the country’s progression to democracy and this is a power that should not be taken lightly. Remember, your actions have consequences. By using your trip to set an example in sustainable and ethical travel, you can transcend ordinary tourism and forge a path towards positive political, economic and social change.
Myanmar News,Political Thoughts,Teacher Travel Tips,Vietnam Student Trips