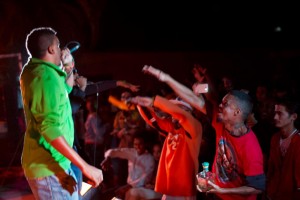 RAMON ESPINOSA/AP
Cuban fans sing during a hip-hop concert in Havana on Nov. 30. Documents obtained by The Associated Press show that a U.S. agency infiltrated Cuba’s hip-hop scene and recruited unwitting rappers to spark a youth movement against the government.

A covert U.S. operation to spark a democracy-spreading youth movement in Cuba by infiltrating the country’s underground hip-hop scene ended up a Looney tune.

An Associated Press investigation blew the lid off the clandestine mission by the U.S. Agency for International Development, revealing it flopped because it was ill-conceived, reckless and executed by amateurs.

Instead of spreading democracy, the mission put innocent Cubans at risk and left unwitting recruits detained and interrogated by Cuban officials. 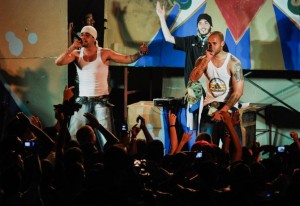 AP
Los Aldeanos’ Aldo Rodriguez (l.) and EL B (r.) perform in concert at the Acapulco Theater in Havana.

“The conduct described suggests an alarming lack of concern for the safety of the Cubans involved, and anyone who knows Cuba could predict it would fail,” said Leahy, chairman of the State Department and Foreign Operations Appropriations Committee. 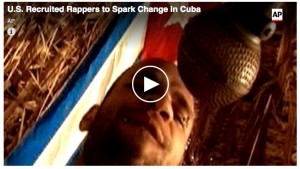 “USAID never informed Congress about this and should never have been associated with anything so incompetent and reckless,” Leahy said after reviewing the AP’s findings.

Uncovering reams of records, the AP found that USAID repeatedly put innocent Cubans and its own operatives in jeopardy despite warning signs. 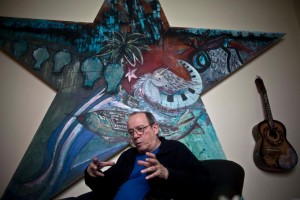 RAMON ESPINOSA/AP
Cuban musician Silvio Rodriguez talks during an interview with The Associated Press in Havana. Documents obtained by The Associated Press show that a U.S. agency infiltrated Cuba’s hip-hop scene, recruiting unwitting rappers to spark a youth movement against the government.

Authorities detained or interrogated musicians or USAID operatives at least six times, often confiscating their computers and thumb drives, which in some cases contained material linking them to USAID. 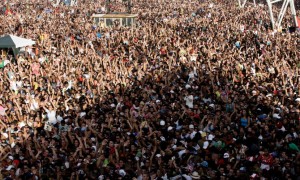 FRANKLIN REYES/AP
People cheer during a concert of Puerto Rico’s band Calle 13 in Havana on March 23, 2010. Calle 13 brought its edgy mix of reggaeton and hip-hop to Havana late Tuesday, rocking thousands of screaming fans from an open-air, concrete stage dubbed ‘Anti-imperialist Plaza’ and built in the shadow of the U.S. diplomatic mission to Cuba.

But When the Cuban government caught wind of the scheme, Los Aldeanos began facing political pressure and had to emigrate to South Florida.

A popular music festival was also banned because of the perception that USAID was pulling the strings for it. So instead of sparking a democratic revolution, it compromised an authentic source of protest that had produced some of the hardest-hitting grassroots criticism since Fidel Castro took power in 1959, an AP investigation found.

“These actions have gone from boneheaded to a downright irresponsible use of U.S. taxpayer money,” said Flake.