For U.S., Syria is truly a problem from hell 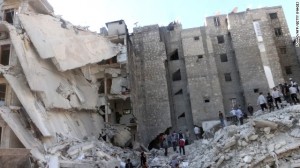 (CNN) — What is widely recognized as the most authoritative study of the United States’ responses to mass killings around the world — from the massacres of Armenians by the Turks a century ago, to the Holocaust, to the more recent Serbian atrocities against Bosnian Muslims and the ethnic cleansing of the Tutsis in Rwanda — concluded that they all shared unfortunate commonalities:

“Despite graphic media coverage, American policymakers, journalists and citizens are extremely slow to muster the imagination needed to reckon with evil. Ahead of the killings, they assume rational actors will not inflict seemingly gratuitous violence. They trust in good-faith negotiations and traditional diplomacy. Once the killings start, they assume that civilians who keep their head down will be left alone. They urge cease-fires and donate humanitarian aid.” 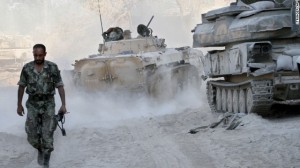 This is an almost perfect description of how the United States has acted over the past two years as it has tried to come up with some kind of policy to end the Assad regime’s brutal war on its own people in Syria.

The author who wrote the scathingly critical history of how the United States has generally dithered in the face of genocide and mass killings went on to win a 2003 Pulitzer Prize for her book “A Problem from Hell: America and the Age of Genocide.”
A decade after winning the Pulitzer, that author is now the U.S. ambassador to the United Nations. Her name, of course, is Samantha Power, and she is a longtime, close aide to President Barack Obama. She started working for Obama when he was a largely unknown junior senator from Illinois.
Power called her 610-page study of genocide “A Problem from Hell” because that’s how then-U.S. Secretary of State Warren Christopher referred to the Bosnian civil war and the unpalatable options available to the U.S. in the early 1990s to halt the atrocities by the Serbs.
One of the U.S. officials that Power took to task in her book is Susan Rice who, as the senior State Department official responsible for Africa, did nothing in the face of the genocide unfolding in Rwanda in 1994.
Rice is quoted in the book as suggesting during an interagency conference call that the public use of the word “genocide” to describe what was then going on in Rwanda while doing nothing to prevent it would be unwise and might negatively affect the Democratic Party in upcoming congressional elections.

Querer es Poder: The Will and the Way
Two teens bring a message of encouragement from a Mexican grandmother, whose education stopped after 6th grade, to Mayan girls…