March on Washington organizers look back

Recollections of some of those who helped make the massive March on Washington happen 50 years ago. 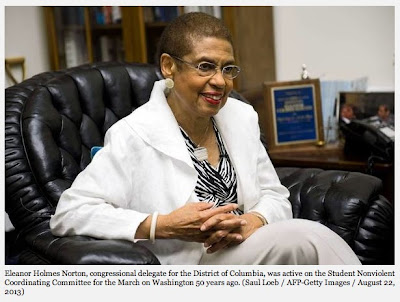 WASHINGTON — As they look back half a century later, five organizers of the March on Washington for Jobs and Freedom recall the thrill of the day — the sense that the cause of civil rights would advance.
Of course they remember the stirring “I Have a Dream” speech delivered by the Rev. Martin Luther King Jr. to the giant crowd gathered before the Lincoln Memorial. But they also recall the fear that the march might not come off, that people wouldn’t show up. Here are some of their recollections of that day, Aug. 28, 1963:

Long Haired Warriors
“When the country is at war, even the women must fight”. Lauren Kim researches the history of the female warriors…