Fred Branfman, Who Exposed Bombing of Laos, Dies at 72 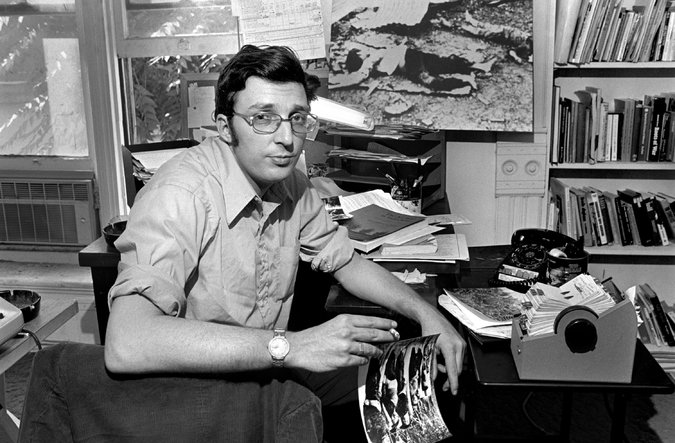 The Vietnam War was raging when Fred Branfman went to Laos in 1967 as an international aid worker. Determined to immerse himself in the society, he lived with an elderly villager, learned to speak Laotian and became a translator. In time, he met Laotians who told him something startling: There was a second war in their country, a secret American bombing campaign, that was devastating remote villages.

The revelation led him to take up a new mission when his term as an aid worker, for the nonprofit organization International Voluntary Services, ended in the summer of 1969: to bring attention to what became known as the “Secret War.”

It had gone on for years — Air Force bombers attacked parts of Laos controlled by the Communist North Vietnamese, killing thousands of Laotian civilians — but it had been invisible to most Americans.

Mr. Branfman, who was 72 when he died on Sept. 24, in Budapest, became one of the first to expose the air war, publicly challenging accounts by United States officials who had initially denied the bombing campaign and later insisted that it did not target civilian areas.

In Laos, Mr. Branfman took foreign officials and journalists into bombed villages and wrote freelance articles about the campaign. In 1971, he returned to the United States, where he helped start two influential antiwar groups, Project Air War and the Indochina Resource Center, which lobbied Congress to stop financing the war. The same year, he testified before Congress opposite William H. Sullivan, the American ambassador to Laos from 1964 to 1969 and one of the overseers of the bombing campaign.

Mr. Sullivan, who died last year, told Congress that Mr. Branfman and others had exaggerated the issue. Mr. Branfman and another opponent of the war, Representative Paul N. McCloskey Jr., a Republican from California, testified that Mr. Sullivan and the government had concealed the campaign.

The next year, Mr. Branfman provided stark documentation in a book he edited, “Voices From the Plain of Jars: Life Under an Air War.” The book — its title refers to the hard-hit farming region of northern Laos — included 16 Laotian “autobiographies” drawn from interviews by Mr. Branfman. Some included rudimentary line drawings by villagers depicting family members and neighbors being killed. It told of people fleeing the bombardment and hiding in caves for years.

According to reports at the time, at least two million tons of bombs were dropped from 1964 to 1973, nearly a ton for every person in Laos.

“No American should be able to read that book without weeping at his country’s arrogance,” the columnist Anthony Lewis wrote in The New York Times in 1973.

Jerome J. Brown, an Air Force captain who had helped identify targets for the bombing campaign in the late 1960s, said in 1972 that Mr. Branfman’s work had motivated him to discuss the campaign in detail publicly.

In 1976, Graham A. Martin, the last American ambassador to South Vietnam, bitterly blamed antiwar groups for the United States’s failure to prevent the fall of Saigon. Calling the antiwar campaign “one of the best propaganda and pressure organizations the world has ever seen,” he singled out one in particular, the Indochina Resource Center.

Fredric Robert Branfman was born on March 18, 1942, in Manhattan and grew up on Long Island, in Great Neck. His father, Ivan, was a textile executive, and his mother, Helen, was a homemaker. He received a bachelor’s degree in political science from the University of Chicago in 1964 and a master’s in education from Harvard in 1965.

Mr. Branfman taught English in Tanzania before going to work in Laos.

His wife, Zsuzsanna Berkovits Branfman, said he had died of amyotrophic lateral sclerosis, known as A.L.S. or Lou Gehrig’s disease. The couple had been living in Budapest for several years. Besides his wife, he is survived by three brothers, Alan, Yaakov and David.

After the war, Mr. Branfman worked in Democratic politics, spending four years in the early 1980s as a senior staff member for Gov. Jerry Brown of California running the California Public Policy Center, a research arm. He was also an adviser to Senator Gary Hart of Colorado, helping to write policy papers for the senator’s 1988 presidential campaign before Mr. Hart dropped out of the race.

Mr. Branfman was later an activist on environmental issues, particularly climate change. He returned to Laos several times, including once to be interviewed for a documentary about the bombing campaign called “The Most Secret Place on Earth.” Last year, a new paperback edition of “Voices From the Plain of Jars” was published.