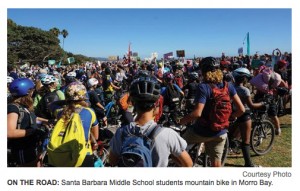 There’s more to learning than the box of the classroom and the tedium of textbooks, and when students and teachers escape outside, horizons are inevitably broadened. While Santa Barbara schools have long scheduled field trips to Yosemite, Space Camp, and Washington, D.C. — tried-and-true excursions that still hold a lot of value — a new way of breaking up the routine is becoming more en vogue.

“Experiential learning” trips send classes all over the world to turn abstract curriculum into tangible connections ripe for personal growth and college application essays. These programs are admittedly expensive and tend to be more prevalent in private schools, but those lucky enough to take part are stamped with fresh perspectives few other teaching methods can offer. And with new fundraising pushes, the opportunities may soon spread to public school campuses. Santa Barbara is home to a number of these programs, three of which we’ll look at here. 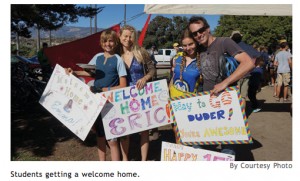 Ahead of the school-trip curve since its inception, Santa Barbara Middle School’s outdoor program is a cornerstone of its educational philosophy. The school requires that each student go on four outdoor trips a year complete with healthy doses of kayaking, backpacking, or mountaineering and accompanied by most of the faculty and staff. Recently, 191 students and teachers returned to a homecoming party at Goleta Beach after six days of mountain biking in Morro Bay, exhausted but beaming with pride.

“It’s absolutely life-changing for these kids,” explained Whitney Ingersoll, who’s worked at the middle school for nearly 35 years and led trips for 15 of them. “We know what is a challenge, what is going to be hard, and what is going to be doable …. It’s Joseph Campbell’s hero’s journey in real life, and I’ve seen it so many times for so many generations.” Out on the road during truly challenging cycling trips through Sedona canyons, Catalina Island trails, and Marin County ridgelines, students feel as if they can shake off their armor of manufactured “cool” and truly connect with their peers and the grown-ups. No electronics are allowed. Ninth graders often help out the younger students, Ingersoll said, teaching the simple but profound lesson of taking care of themselves and each other. And they figure out that when the going gets tough, they have a reservoir of inner strength to tap into. “It’s not corny; it’s archetypal,” Ingersoll explained. “It’s what young men and women need.”

Their model has proved so successful that the middle school hosted an ISEEN (Independent Schools Experiential Education Network) conference last year that brought 80 schools from around the world to the campus. There, they learned about the program and heard from administrators about the school’s doctrine that Ingersoll summed up: “At this age, kids are pushing against the edges. They’re pushing against their parents and looking for mentors. Mother Nature is the best teacher possible.” 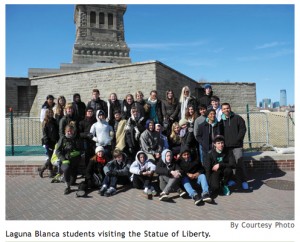 Last March, Laguna Blanca School’s 9th and 10th grades flew to New York City for a five-day expedition that wove through their 1920s-’60s American Decades English course. They toured sites of the Harlem Renaissance, saw where The Catcher in the Rye’s Holden Caulfield lived near Central Park, visited the Vanderbilt Mansion and its Gilded Age trappings of Fitzgerald’s The Great Gatsby, and capped things off with a night on Broadway to watch A Raisin in the Sun. It was a massive hit, and English teacher Ashley Tidey — who also takes 9th graders to the Gainey Ranch, where they act out scenes from Of Mice and Men — has organized an even more ambitious adventure to London this spring. 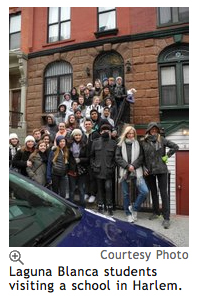 With a curricular focus this time around on the World War I centenary, British modernism, and London theater, students and instructors will hit a special production of Othello at the Globe, take tours of the Tate Modern and Imperial War Museum, and explore neighborhoods like Bloomsbury, Soho, and Kensington. They’ll also meet with actors, directors, artists, and professors in the Santa Barbara area to get the “backstory” on London theater and turn-of-the-century Europe. “What I’m trying to do is make the experiential learning not tangential but full of deep currents that intersect fields of art, history, and literature,” Tidey said. 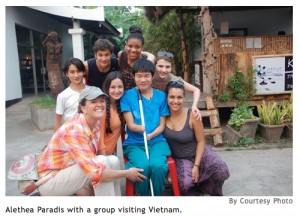 Alethea Paradis, a mom, lawyer, and history teacher, was inspired to start Peace Works Travel after 9/11. Already pushing against the “simplistic platitudes of American myth-making,” she’d been leading kids abroad since 1998 to help them become active global citizens and “change agents” in countries recovering from conflict. “I learned over the years that social entrepreneurship has replaced community service,” she said. 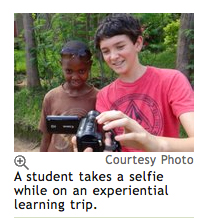 To that end, Paradis and her student travel company organize trips to Cambodia, Cuba, Laos, Myanmar, Rwanda, and Vietnam with a focus on “authentic collaboration” and “long-term investment in communities.” They may help a genocide-survivor co-op write a business plan to sell their handicrafts, create a website and social media campaign for a home with Agent Orange victims, or set up a Skype “pen pal” program with English learners. “It’s not just the colonial mindset of friendly Westerners coming to dig wells,” Paradis said. “We’re not doing standard tourist stuff.” 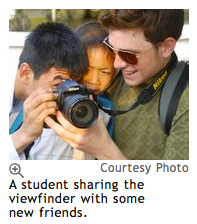 Peace Works Travel has worked with Santa Barbara City College, Dos Pueblos High School, Santa Barbara High School, Brooks Institute, and other campuses in town and has created a small scholarship foundation for those students who can’t afford the trips. The company also facilitates fundraising campaigns. A product of public schools herself, Paradis said the trips as a whole benefit when there’s a cross section of kids from different economic backgrounds. Lower-income participants are “an effective bridge between the developing world and the developed world,” she explained, and they’re “more sensitive to the nuances of struggle.” And more privileged kids, she went on, come back more attuned to less-fortunate communities. “The kids get interested in solving social problems,” Paradis said. “The learning is undeniable.”

Guatemalans and Their Government
“Everyday, journalists put their lives on the line to tell the truth.” The legacy of Guatemala’s 36 year civil war…