In preparation for our Investigative Journalism Rwanda Trip with Harvard-Westlake School  and ABC News, Peace Works Travel brings Paul Rusesabagina to California to meet students and tell his story. Recall that Paul is the Hotel Rwanda hero who saved over 1200 people from slaughter during the genocide. Celebrated Los Angeles Times journalist Patt Morrison interviews Paul in the Op-Ed section today.


In April 1994, as general manager of the luxury hotel where he worked, he protected more than 1,000 people who had fled the killing rampage in the country. Now he lectures about human rights. 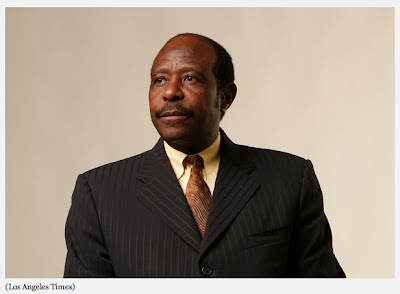 I Am Kizito
On a school trip to Rwanda, high school sophomore Mike Maps met Kizito, a child survivor of the 1994 genocide.…