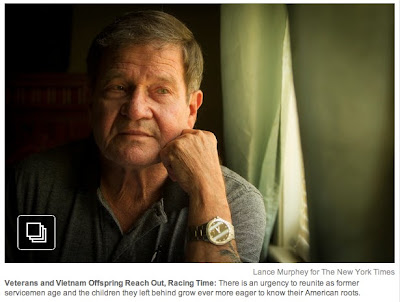 He re-enlisted, hoping to be sent back. But the Army was drawing down and kept him stateside. By the time Saigon fell to the North Vietnamese in 1975, he had lost touch with the woman. He got a job at a plastics factory in northern Mississippi and raised a family. But a hard question lingered: did she really have his child?
“A lot of things we did in Vietnam I could put out of my mind,” said Mr. Copeland, 67. “But I couldn’t put that out.”
In 2011, Mr. Copeland decided to find the answer, acknowledging what many other veterans have denied, kept secret or tried to forget: that they left children behind in Vietnam.
Their stories are a forgotten legacy of a distant war. Yet for many veterans and their half-Vietnamese children, the need to find one another has become more urgent than ever. The veterans are hitting their mid-60s and early 70s, many of them retired or infirm and longing to salve the scars of an old war. And for many of the offspring, who have overcome at least some of the hurdles of immigration, the hunger to know their American roots has only grown stronger. 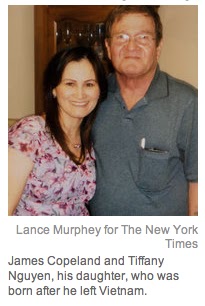 Daughters of Cambodia
The sex-industry has exploded in Cambodia and poverty drives young people to sell their bodies. Four Los Angeles teens expose…