13 moments of culture shock for the first-time American traveler 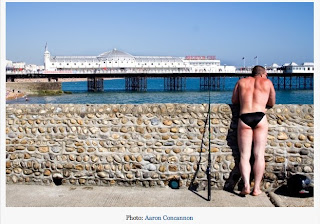 MY FIRST TIME ABROAD, I knew things were going to be different the moment I saw my European host dad strip down to a speedo tighter than my bikini bottoms and dive into the Baltic Sea. Cultural differences will surprise you, but you have to learn to live with them to enjoy traveling.

When you realize you’re not as smart as you thought

You thought you knew it all. After all, you’ve been trained since birth to consider yourself living in a melting pot. “Traditional ethnic foods” like spaghetti and meatballs, burritos, and chop suey have laid the foundations for our sophisticated, multicultural palates. If you really think so, I challenge you to order one of these dishes in its alleged country of origin and not make a total ass of yourself. Then, I challenge you to haggle for items like fabric softener, tampons, or a bootleg iPhone in a bustling open-air market using your straight-out-of-the-textbook “fluent” language skills.
Pre-departure, you thought you knew the food, the language, and the culture of your destination. Then, you find yourself resorting to gestures and drawings while trying to buy condoms (thanks for nothing, Spanish class), staring blankly at people because they have a different accent than your teacher back home, and having a public meltdown because none of the words being spoken to you were on your vocab lists. And, by the time you mistakenly state that you’re “pregnant” instead of “embarrassed” to your Spanish host family, fluent has taken on a whole new meaning and you realize you don’t know anything at all.

When you’re forced to poke your head through the sunroof

Everything is small. Serving portions, refrigerators, cars, and often even the people themselves are mini, relative to our Hummers, super-size fries, and obesity epidemic.
I’ve spent time abroad yearning for men whose eyes weren’t at my boob level and wasted precious days scouring stores for shoes that could accommodate my big American feet. Besides coming to terms with these types of genetic differences abroad, you’ll also get used to consuming the appropriate amount of food and driving in cars that actually fit into parking spaces.
We come from the land of the unnecessarily big. When it comes to the things we buy and consume, you’ll learn that bigger doesn’t really equal better. In fact, it usually equals unnecessary waste and weight. If there’s one thing I’ve taken away from my time abroad, it’s that smaller sometimes equals smarter.

When you learn there’s more than one definition of “punctual”

Without our rigid scheduling, we’d be late to work, late getting the kids from soccer practice, and late for our Starbucks coffee break. Abroad, you’ll find this time and scheduling junk is not an innate lifestyle.
For me, the lesson came only after the umpteenth time I’d waited an extra hour for a man named Luis outside of a seedy metro station in Mexico City. Evidently, our 9pm meeting time for him signified the time to shower, roll a cigarette, and grab some tacos on the way to the metro.
Once you accept that the numbers on the clock are basically arbitrary, you’ll stop getting pissed off at all the Luises of the world and start to arrive at their flexible version of “on time.”

When you learn that eating’s more than just chewing 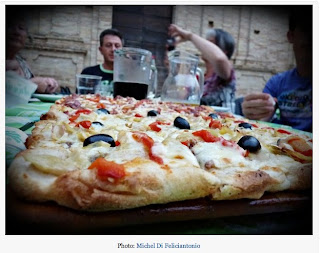 As it turns out, eating can serve a purpose beyond sustenance and a temporary taste bud sensation. That deeper meaning will come once you’ve spent 5 hours at a dinner table (flattening your ass a good bit in the process) with friends.
In many places, meal time is almost sacred — a time to connect with family and friends until the wee hours of the morning. Aside from the company and conversation, it’s likely that what’s on the table will get your taste buds off more than Mac and Cheese or a pre-made bagged salad ever could. Hopefully, once you’ve stopped making (and missing) post-dinner plans, you’ll learn to quit shoveling food down your throat at record speed in order to catch the last half of American Idol.

When you’re alone in a foreign land, thinking “people are so nice…”

Whoa, people — strangers — want to feed me, show me around, and introduce me to their families? While I’m on the road, I’m always taken aback at the selfless generosity of people I meet. They love foreigners and are genuinely concerned that you have a great time.
Ahh, when you put positive vibes out there, you get good travel karma in return.

When you’re alone in a foreign land, thinking “people are so mean!”

Nobody says sorry when they bump shoulders with you on the sidewalk. Your friendly smiles at strangers are unreciprocated. Also, why doesn’t anybody have patience with your language skills? At least you’re trying! Everybody blames you for US foreign policy and the Bush years, even though you swear you never voted for him.
Or maybe you’re just being overly sensitive because you’re feeling vulnerable in a foreign country. Regardless, you start to understand the heavy responsibility of being an ambassador to your country — patriot or not.
Read more: 8 inventions that create global culture

When you decide you actually don’t like the attention

If you have two legs and breasts, prepare for courting and cat-calls in a far more aggressive manner than Screech’s pursuit of Lisa Turtle. This is especially true in Latin America.
At first, I wrote these men off as disrespectful machistos and gave them the finger. Eventually, I chilled out and was able to ignore it, the way the local women did. After all, it’d be naive to assume people would change their ingrained behavioral patterns on the account of one American.

When you realize that nobody bites their tongue

Your mom always told you that if you don’t have anything nice to say, don’t say anything at all. Really, I wonder if our euphemisms were born out of our sensitivity or if it was the other way around. People you’re used to aren’t fat, they’re plus-sized. Slower kids aren’t dumb, they’re special needs. Well, nobody exercises a politically correct filter like an American does, so it’s a pretty good idea to be prepared to be offended when you leave.
I was always getting more gordita, according to my Latino friends. I was also la negrita, or “the little black one.” To my relief, they weren’t hinting that I should stop eating or going in the sun. Rather, their comments were more like endearing observations…but I did raise my eyebrows when they referred to all people of Asian descent as Chinese. 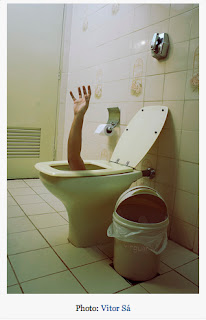 When going up shit creek is a real thing

In many countries with weak sewage systems, it’s necessary to throw used toilet paper in that little garbage can beside the toilet.
Whatever you do, you are absolutely not to throw it in the toilet for risk of a clog. But if you’re prone to forgetfulness, get used to the inner to flush or not to flush debate. You’re damned if you do, but you’re that shitty foreigner if you don’t.

When the line between public and private begins to blur

Public displays of affection vary per country, from no physical contact to dry-humping on a park bench. I could never tear my eyes away from the dozens of men lying on top of their spread-eagle girlfriends at my Mexican university. I personally saved my own full-body contact for the salsa dance floor.
But by far my favorite PDA to gawk at is that between Italian men. So casually they stroll down the streets, arms linked, carrying on their conversations. They kiss on the cheek as a greeting and farewell. And guess what, American? They’re not gay.

When you kiss the ground after getting out of a taxi

In the US, we follow traffic laws mainly to avoid getting a ticket. Abroad, it’s terrifying to see these laws function more as guidelines. Driving can be like a game of bumper cars, only 5 times as fast and over potholed pavement. Even more terrifying is the helmetless family of 3, their dog, and a birthday cake swerving through traffic on a mini-scooter.
Because I survived such chaos while illegally driving a mostly non-functioning Fiat 500 at night, in the rain, uphill, without my glasses, I can safely reassure you that it’s possible to come out alive, without killing anyone, and without shitting yourself.

One night, you’re hanging out with your friend in a plaza. “What time does the football game start tonight?” you ask him. “19:15,” he responds. You nod your head and play like you knew 19:15 was a time.
Then, there’s the metric system. Nothing like the embarrassment of ending up with enough pasta to feed 25 and just 2 tomatoes for sauce to get you to study up on your kilos and grams. And what about the time you hysterically yelled at your taxi driver to speed to the airport because you’re still 60 kilometers away, but you only have 30 minutes?
Study up on what the entire rest of the world knows and you’ll save time, money, and stress.

When your arrogance is put in check

I always knew I was from America. Once, when I was 17, my Chilean friend referred to herself as an American as well. In disagreement, I called her out. Luckily, she immediately pointed out that I was the one who was mistaken.

By Vicki Jones On September 10, 2013
* Note: Vicki is a student in the MatadorU Travel Writing program.

Rice and Beans: Cuban Cuisine
Why is Cuban food the best? “We cook with love.” Isaac Bedford and Paul O’Mara show us a peek inside…