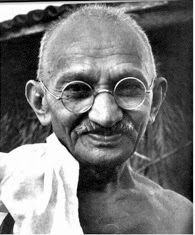 It is no coincidence that the International Day of Non-Violence,  October 2, falls on the birthday of Mahatma Gandhi. Gandhi was the main leader and activist to lead India to its independence from British rule, and is best known for his strategy of non-violence. His philosophy influenced many other political activists that profoundly believe in non-violence to move forward against oppressing powers. Gandhi’s idea of peaceful demonstration and activism arose from his spiritual beliefs: Hinduism, Buddhism, Jainism, and Christianity were significant influences. Gandhi harnessed the essence of non-violent passive resistance through recognition of power beyond the temporal realm: he reminded adherents: “the government can have (our) dead bodies, but not (our) obedience.” Through Gandhi, we see the beauty of solidarity that non-violence creates, and unites everyone as one nation: “the spirit of the people as one, is a much stronger force than any form of violence.” His belief system ultimately compelled the United States to live up to its promise of equality through the Civil Rights Movement of Dr. Martin Luther King Jr.
Stanford University Press summarizes King’s philosophical expansion of non-violent passive resistance: 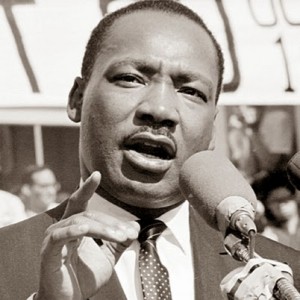 King’s notion of nonviolence had six key principles. First,one can resist evil without resorting to violence. Second, nonviolence seeks to win the ‘‘friendship and understanding’’ of the opponent, not to humiliate him (King, Stride, 84). Third, evil itself, not the people committing evil acts, should be opposed. Fourth,those committed to nonviolence must be willing to suffer without retaliation as suffering itself can be redemptive. Fifth, nonviolent resistance avoids ‘‘external physical violence’’ and ‘‘internal violence of spirit’’ as well: ‘‘The nonviolent resister not only refuses to shoot his opponent but he also refuses to hate him’’ (King, Stride, 85). The resister should be motivated by love in the sense of the Greek word agape, which means ‘‘understanding,’’ or ‘‘redeeming good will for all men’’ (King, Stride, 86). The sixth principle is that the nonviolent resister must have a ‘‘deep faith in the future,’’ stemming from the conviction that ‘‘the universe is on the side of justice’’ (King, Stride, 88).
Peace Works Travel (PWT) educational travel programs  foster awareness of the necessity for alternatives to violence. Through socially-conscious travel, we are able to engage students to understand the results of war and violence on communities. By being present with the local people in historical sites where massacres, bombs, or protests occurred, we get in touch with our own humanity. Understanding the dark mistakes of the past and observing the transcendent power of the human potential to recover from horror empowers us to become ethical citizens of a global community.  We see how many places have recovered, moved forward, and established hope in the future. Hope in humanity is a wonderful thing; we invite you to join us and feel it for yourself. 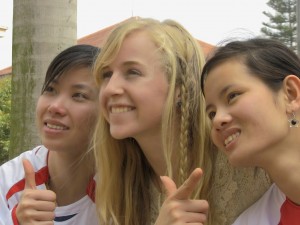 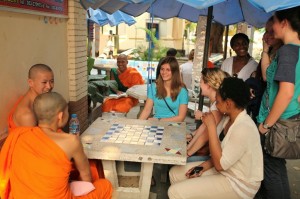 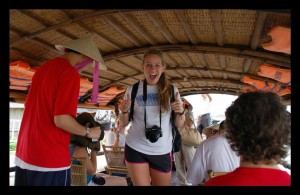