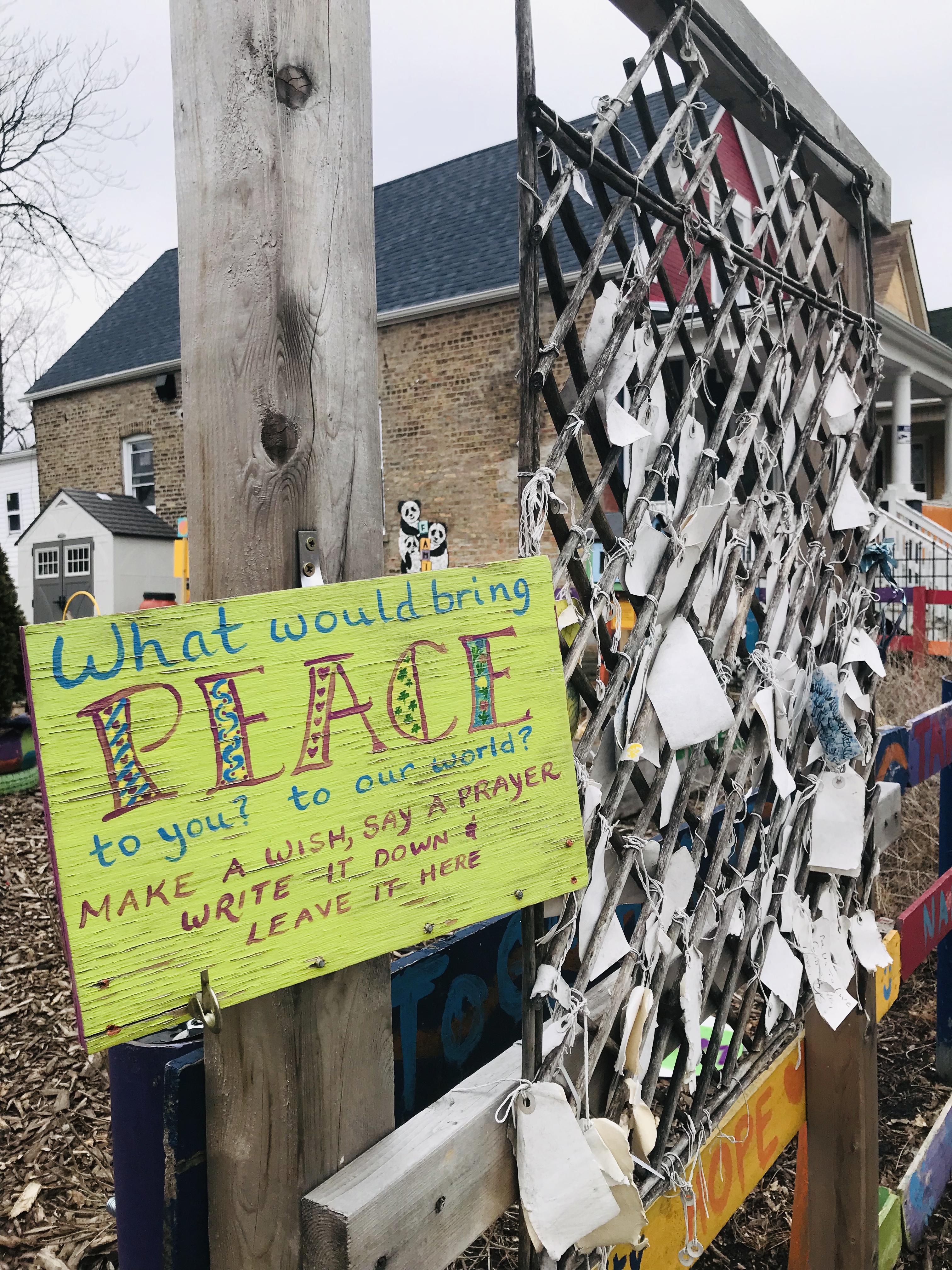 “True peace is not the absence of tension, but the presence of justice.”

In January of 1966, Dr. Martin Luther King Jr. moved with his wife Coretta and their four children to a third floor apartment at 1550 South Hamlin in the North Lawndale community of Chicago. From North Lawndale, King launched what he called the “action phase” of his agenda. King believed that “the moral force of the SCLC’s nonviolent movement philosophy was needed to help eradicate a vicious system which seeks to further colonize thousands of Negros within a slum environment.” The Chicago Freedom Movement was widely credited for inspiring the Fair Housing Act of 1968.

Down the street from this Dr. King’s South Hamlin apartment is the Peace Warriors program at North Lawndale College Prep. Can you say the 6 principals of nonviolence in less than a minute? Any Peace Warrior can recite these principals by memory in under a minute flat.

The 6 Principals of Nonviolence, as exemplified by Martin Luther King, Jr.

They can recite them because they seek to live out these principals on a daily basis. Students wear a necklace with the numbers of the 6 principals to help remind them throughout the day what they want to embody. You will notice the juxtaposition of these words – peace and warrior. Peace is not a fluffy term here or a trendy rainbow peace sign on a t-shirt. Harnessing the principals of nonviolence is much harder to live out. Peace Warriors learn how to not retaliate. It is much easier to throw a punch or lash out, but the way of peace requires something much deeper.

Students describe their neighborhood outside of the school as a “war zone.” They want to stop the violence that is all too prevalent outside the school campus from coming inside school doors. Peace Warriors achieve this in several ways: they are all trained in the conflict resolution and they become a part of the school staff, they greet each person coming into school every day, they break up fights as soon as they start, they hold peace circle mediations to work through student conflicts, they reach out to students when they experience a death in their family. These are called condolence runs. Mr. Smith, who is the advisor for the program, mentioned that they had 174 condolence runs last year out of 180 days of school. Once they have been trained, they train others and they pass on the knowledge and skills they have learned so the entire culture of the school can in turn change for the better. A school-wide celebration of peace happens every 30 days at school so the whole community knows that violence has no place.

Just down the street from where Dr. King started the Chicago Freedom Movement the Peace Warriors are continuing his legacy. These student peace activists have learned how to interrupt nonsense by interjecting love and kindness. The official t-shirt they wear at school has their logo of a peace sign with a hand curled into a fist. They know from experience that peace is something worth fighting for.